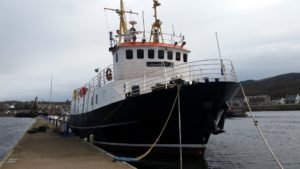 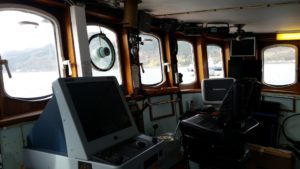 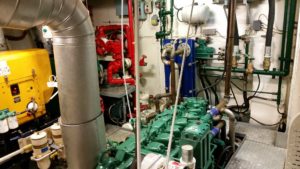 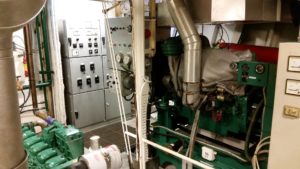 At the start of this week I spent a nice couple of days in the Holy Loch getting to know Seahorse II, the vessel newly purchased by St Hilda Sea Adventures.

Towards the end of May, June and July this year I will be skippering her around the western isles and really looking forward to getting to know her better.

Built originally as a Norwegian ferry she is as solid as they come, and in great condition.  Her systems have a lot of built in redundancy and in recent years her work as a a survey / military test vessel has also accounted for her being very well maintained and equipped with great nav gear.  For example the radar which is capable of spotting incoming missiles, or birds (hopefully more useful...) has a fantastic picture and she has been equipped with ECDIS and great comms systems, including a 400W military VHF, (which we cant play with) normal VHF radios are only 25W maximum!

Anyway, she is a great looking vessel and I look forward to getting to know her more during the summer.

If you have some time to spare, book a holiday and come with me!

We use cookies to ensure that we give you the best experience on our website. If you continue to use this site we will assume that you are happy with it.AcceptRead our Privacy Policy